If that’s you, look no further. I’ve been working on a miscellany of mottos and maxims, an encyclopaedia of epigrams. That happens to be the subtitle of my new book ‘Brevity is the Soul of Wit.’ And it’s just been published in both eBook and paperback.

I know you’ll be anxious to see it, so here’s a link:

Maybe you aren’t anxious to see it. But in that case, you can get a sample of the Kindle book for free; and the print book on the Amazon site has a ‘look inside’ feature.

There’s also a non-Amazon version for bookstores. There are some technical problems that prevent that particular version from getting published but it should be available soon.

Back to work now, as I’ve started Volume 2. Watch this space, as they say.

Why does a semi-retired septuagenarian bother to have a website?

As the saying goes, ‘it seemed like a good idea at the time.’ At that time, more than ten years ago, I was about to retire and had no intention of retiring. If that makes sense. So I thought I needed a website. And I still do.

The wonderful Kiwi soprano Kiri Te Kanawa once said: “My energy is undiminished. Someone said to me the other day, ‘Are you retired?’ and I said, ‘Well, I’m just trying to prove that I’m not.’ There’s so many things to do.”

I too am trying to prove that I’m not retired. I can’t claim that my energy is absolutely undiminished, but I’m not ready for the proverbial pipe and slippers. Not the pipe, anyway.

I particularly like working with wedding speakers. Why? It’s well known that public speaking is one of the top three phobias for most people. A wedding adds another level of stress, because it’s personal, it’s emotional and it’s a one-off.

I also write nonfiction. My first book, Back to the Black (first edition 2010, second edition 2015) was about a financial crisis I had in the ’90s, what I learned from it, and what I recommend as the best way to manage one’s own exit from debt.

My second, The Wedding Speech Handbook, published in 2018,  drew on my experience of public speaking, and of training and coaching speakers, over the preceding 40 years; and on the pleasure (and nervousness!) of giving the Father of the Bride speech at my elder daughter’s wedding in 2017.

My forthcoming book will be an oddball but I hope it will appeal to weird people like me who appreciate a good epigram. It’s call Brevity Is the Soul of Wit (that came from Shakespeare, by the way) and it will come out in April 2022. Here’s an early mockup of the cover. 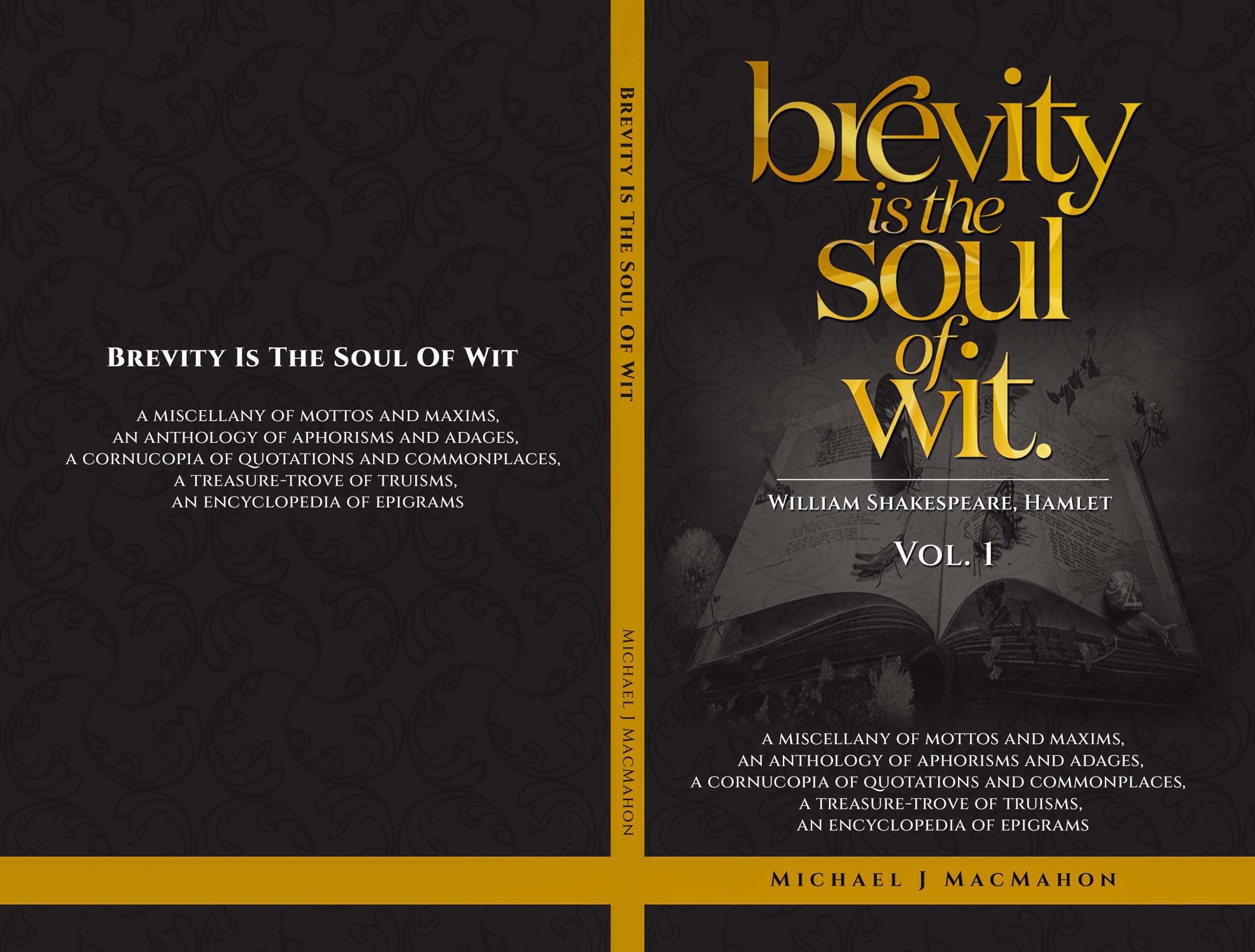 If you’d like a pre-publication copy of the book in pdf format, in return for an honest review, please message me.

Finally, I’m a radio host on BCfm, Bristol’s excellent community radio station, of which I’m a trustee and board member.

A BOOK ABOUT WEDDING SPEECHES 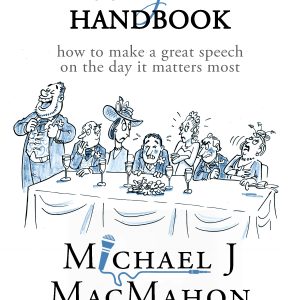 Weddings ‘as we know them’ have been on hold for a long time. As they gradually return without restrictions on numbers, wedding speeches will be back. And there are few occasions that are more challenging for a speaker. (A friend of mine told me that he wasn’t nervous ahead of his elder daughter’s wedding: I told him he’s not normal.)

Public speaking is widely accepted as one of the world’s top three phobias; and a wedding is all that, plus all the emotion of the day. So that’s why I wrote a book about it.

The Wedding Speech Handbook is available in a variety of ways. One convenient way to get it is from Amazon, in both paperback and Kindle form. There’s a link in the sidebar.

The paperback is also available to order ‘from all good bookshops’,  as they say. That includes Foyles and Waterstones. Its ISBN is 978-1-9993442-0-7. (The edition in their systems is not the Amazon edition, in case the bookshop asks. As you might already know, simply mentioning the word ‘Amazon’ could get you kicked out of your favourite bookshop.)

The book’s cover features a cartoon by David Lewis, showing a best man who’s clearly a wannabe standup comedian. It’s a familiar wedding speech pitfall; he’s having fun, oblivious to the horrified reactions of the rest of the top table. I am in awe of this cartoonist’s ability to show those varied facial expressions with just a few pen-strokes.

GENERAL GUFF ABOUT ME

A native of Haverfordwest in Pembrokeshire, I spent my school days at St George’s College, Weybridge and then frittered away my university years at Imperial College, London.

I then had a 25-year career in the chemical industry, eventually ending up as Managing Director of a sales and marketing company in the Swedish-owned Holmen group.

After my employer Holmen LignoTech, the chemicals division, was bought by Borregaard Industries of Norway, I left to set up and run a training consultancy, where I designed and delivered courses for major corporate clients in Norway, also some in Sweden, in business communication skills – e.g. how to deliver impactful presentations or run effective meetings – combined with polishing English-language competence. It was very gratifying that Borregaard, the competitor who’d initiated that change in my life by buying my former employer, trusted me enough to become my first client. They remained so for five years or so and also introduced me to other Norwegian organisations.

I then spent five years working with a major UK health charity; first in community fundraising and then as a media spokesman.

Nowadays I live in the great city of Bristol, in the West of England, avoiding retirement, because I prefer the word ‘reinvention’.