It’s always great to discover new angles on stuff you’ve been working with for years. As the saying goes, it’s what you learn after you know it all (or maybe you think you do) that counts.

A few years ago I was speaking about presentations at the breakfast meeting of The Business Club in Warwick. The invitation came through the good offices of my good friend and market research guru Nick Thomas. Nick tells me that the club has folded since, but he hasn’t.

The discussion during my talk reminded me that there are many ways to skin a cat. For example:

I described and demonstrated a technique for managing stress before a presentation. I’d learned it from NLP expert Dianne Lowther of Brilliant Minds. She called it “The Circle of Excellence” and it’s explained in detail on pp 68-70 of her book ‘Introducing NLP for Work, A Practical Guide’.

In the Q&A, club member Helena Lapworth commented that she’d used these NLP techniques in her own work. Of this ‘circle of excellence’ tool, she said, “we call them anchors & triggers.”

Whether you call it circles of excellence or anchors or triggers, I can attest that I’ve tried this technique and it works. If you want to know more, get in touch with me, or see the link below.

SANDHURST? OR NEWS AT TEN?

As that phrase used to be used by Army officers, I knew the technique as the Sandhurst method, after the famous Army staff college of that name. However, after my speech at Warwick, business club member Caroline Woodward came up to me and said “I know that technique as the “News at Ten method.”

Of course! That makes perfect sense. News bulletins have headlines both at the beginning and the end. And millions of us watch or listen to broadcast news. Not so many millions are familiar with Sandhurst, so ‘the News at Ten method’ is the description I’ve used ever since. Thank you, Caroline!

As I said at the beginning, it’s what you learn …

Further reading on The Circle of Excellence (aka anchors, aka triggers): see ’Introducing NLP at Work’ by Dianne Lowther. https://www.amazon.co.uk/Introducing-NLP-Work-Practical-Guide/dp/1848313802 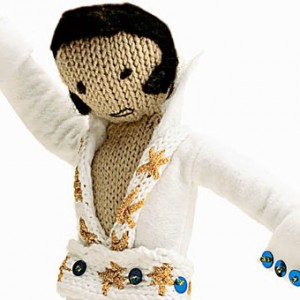 Reasons why public speaking can be stressful. It can become remain so, even after long experience. Dame Judi Dench and her response to performance anxiety. END_OF_DOCUMENT_TOKEN_TO_BE_REPLACED

The pre-show rituals of singers can sometimes provide useful tips for aspiring speakers. Maybe the best was Elvis Presley and his “1000-yard walk”. When singing at a large venue, he insisted that his trailer was parked exactly 1000 yards from the stage. END_OF_DOCUMENT_TOKEN_TO_BE_REPLACED

My public-speaking blog thread is relatively new, so it is an under-populated country at present; but that will change. This morning (13 Sept) I delivered a talk to the Rotary Club of Bristol Bridge. The title was: “Thinking on your feet”. It had a positive response, which confirmed my view that this is a topic of interest to many people and many organisations. Here’s a summary of the topics I covered:

Last word: “Most people will forget what you say; even what you do. But they will never forget how you made them feel.” How will you use that fact? How will you inject feeling, not just facts?

WANT TO KNOW MORE? If you ‘d like more information about my talks, or would like to discuss booking me for your organisation, please send me a message through this site or e-mail me: michael.43@blueyonder.co.uk

About thirty years ago, I was lucky enough to get some great advice about public speaking, which has stayed with me ever since END_OF_DOCUMENT_TOKEN_TO_BE_REPLACED