I take a particular interest in the challenges of ageing. This is no more than enlightened self-interest, because I am now in my seventies. I write about it from time to time on my blog and it is my next book project.

I also broadcast about it from time to time, because I have a show on community radio here in Bristol: the wonderful community station www.bcfmradioradio.com, since you asked. On my radio show which I often co-present with my colleague Jim Currie, our particular interest within this field is people who have reinvented themselves. Jim and I feel that reinvention is better than retirement, provided you’ve got your health of course.

We play lots of music too, especially from the golden years of the Great American Songbook. So when I think of people who have reinvented themselves, one who died fairly recently at an advanced age was Doris Day. She was for a long period the most successful and well-paid entertainer in the Western world and her whole life was a series of reinventions. Doris (even her name was a reinvention) began intending to be a professional dancer and maybe no more than that but in her teens she suffered an accident, the details of which I forgotten, and as a result she was bedbound for some time. During that period she listened to the radio a lot and naturally heard the popular singers of the day. This was the 1930s, so people like Frank Sinatra, Ella Fitzgerald etc. Lying there in her bed she started to imitate them; their phrasing for example, so that when she recovered she decided that she wanted to be a singer too.

Her early days as a singer were with the big bands, first with Bob Crosby (Bing’s brother) and his Bobcats; and then Les Brown and His Band of Renown. With the latter she had one of her most enduring hits, “Sentimental Journey”.

A friend of mine who’s a very gifted and critical singer always said that although she didn’t care for all of Day’s repertoire, she was always ‘not just on the note but in the middle of the note’.

Later in life she became a successful actress. She is best known for her many innocent romcoms with people like Rock Hudson, James Garner etc giving rise to the phrase ‘I knew Doris Day before she was a virgin’. However she also showed herself capable of straight roles such as Love Me or Leave Me with James Cagney. Here’s the final scene: https://www.youtube.com/watch?v=eBtvCHKn_oU

After many years at the top of the show business tree she finally stopped performing and became a high-profile animal rights activist.

Her attitude of reinvention gave rise to what I think is one of the best quotes of the reinvention game:  ‘I never retired, I just did something else.’

Midday naps reduce blood pressure levels. They can thus reduce the risk of a heart attack or a stroke, according to research just presented at the ESC Congress in London. END_OF_DOCUMENT_TOKEN_TO_BE_REPLACED

A study of 100 retired people produced a list of eight success factors for a happy retirement. END_OF_DOCUMENT_TOKEN_TO_BE_REPLACED 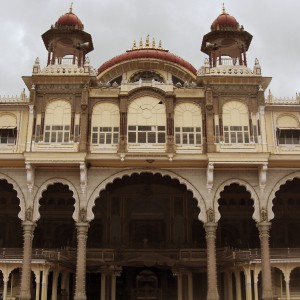 I published on this topic earlier today, on my site www.getbacktotheblack.com. It has relevance for us folks of mature years as well as for anyone interested in budgeting, so here’s a LINK.

I published a post on this topic yesterday, on my site Get Back To The Black. Here’s a LINK.

Prof. Tom Kirkland of Newcastle University put a strong case (Radio 4 ‘Today’, 19.11.13) for the value to the overall economy that is provided by older people continuing to work, whether as employees or entrepreneurs. END_OF_DOCUMENT_TOKEN_TO_BE_REPLACED

“Debt is becoming embedded in society, with more people borrowing earlier in their lives and struggling to pay it back until much later END_OF_DOCUMENT_TOKEN_TO_BE_REPLACED

Ian Searle, national chairman of the volunteer-run University of the Third Age (U3A) has announced that U3A will soon offer courses in care homes. END_OF_DOCUMENT_TOKEN_TO_BE_REPLACED

A couple of weeks ago I posted about a new initiative called Positive Ageing. I went to a pilot event at the end of January and it provided some fascinating insights END_OF_DOCUMENT_TOKEN_TO_BE_REPLACED

If you live in or near Bristol (that’s the UK one), you might well be interested in this April event being run by my friend David Griffiths.

a personal development approach to growing older
Are you no longer ‘young’ – and not ready to get ‘old’?
Positive Ageing is a two day transformational course which provides people with the tools to take more control, so that getting older can become a process of opening up rather than closing down.
Positive Ageing provides a space and process for:-
learning how to gain a new perspective on your own ageing process
exploring the techniques for cultivating a positive approach to the future
enhancing your emotional resilience to some of the potential challenges of later life
The next Positive Ageing course takes place on Saturday 21st and Sunday 22nd April, from 10am to 4pm.
To book your place or to find out more information email – info@positiveageing.org.uk or phone 0117 942 3310.
Ageing is inevitable – growing old in mind and attitude is optional!