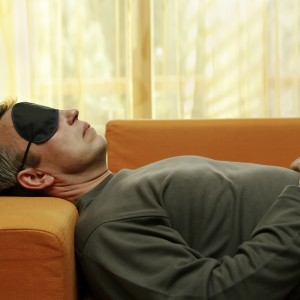 Midday naps can reduce blood pressure levels. They can thus reduce the risk of a heart attack or a stroke. That’s according to research just presented (29 August 2015) at the ESC Congress in London by cardiologist Dr Manolis Kallistratos.

He added: “Μidday sleep is a habit that nowadays is almost a privilege due to a nine to five working culture and intense daily routine. However the real question regarding this habit is: is it only a custom or is it also beneficial?”

Courtesy – as the conference was held in London – might well have prompted Dr Kallistratos to add: “Two influential UK Prime Ministers were supporters of the midday nap. Winston Churchill said that we must sleep sometime between lunch and dinner, while Margaret Thatcher didn’t want to be disturbed at around 3:00 pm.  According to our study, they were right.”

The purpose of the study was to assess the effect of midday sleep on blood pressure (BP) levels in hypertensive patients. The study included 386 middle-aged patients (200 men and 186 women, average age 61.4) with arterial hypertension.

After adjusting for other factors that could influence BP such as age, gender, BMI, smoking status, salt, alcohol, exercise and coffee, the researchers found that midday sleepers had 5% lower average 24 hour ambulatory systolic BP (6 mmHg) compared to patients who did not sleep at all midday. Their average systolic BP readings were 4% lower when they were awake (5 mmHg) and 6% lower while they slept at night (7 mmHg) than non-midday sleepers: see the diagram.

Dr Kallistratos said: “Although the mean BP decrease seems low, it has to be mentioned that reductions as small as 2 mmHg in systolic blood pressure can reduce the risk of cardiovascular events by up to 10%.”

Longer naps better than shorter ones?

The duration of midday sleep was associated with the burden of arterial hypertension. Patients who slept for 60 minutes midday had 4 mmHg lower average 24 hour systolic BP readings and a 2% higher dipping status compared to patients who did not sleep midday. Dippers had an average of 17 minutes more midday sleep than non-dippers.

Dr Kallistratos said: “Our study shows that not only is midday sleep associated with lower blood pressure, but longer sleeps are even more beneficial. Midday sleepers had greater dips in blood pressure while sleeping at night, which is associated with better health outcomes. We also found that hypertensive patients who slept at noon were under fewer antihypertensive medications compared to those who didn’t sleep midday.”

He concluded: “We found that midday sleep is associated with lower 24 hour blood pressure, an enhanced fall of BP in night, and less damage to the arteries and the heart. The longer the midday sleep, the lower the systolic BP levels and probably fewer drugs [would be] needed to lower BP.”
[WITH ACKNOWLEDGEMENTS TO THE EUROPEAN SOCIETY OF CARDIOLOGY, OF WHOSE RECENT PRESS RELEASE THIS IS A PRÉCIS]

Dr Manolis Kallistratos, from Asklepieion Voula General Hospital, Athens, was speaking at the ESC Congress 2015, which took place from 29 August to 2 September at ExCel London.  More information is available from the ESC Press Office at press@escardio.org .

The European Society of Cardiology (ESC) represents more than 90 000 cardiology professionals across Europe and worldwide. Its mission is to reduce the burden of cardiovascular disease in Europe.

The ESC Congress is the world’s largest and most influential cardiovascular event contributing to global awareness of the latest clinical trials and breakthrough discoveries.