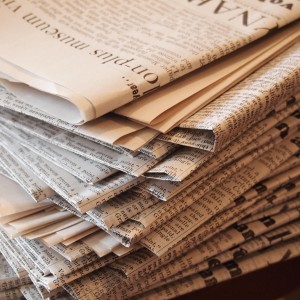 Maybe you’re familiar with the old saying: “if you want something done, ask a busy person.” (OK, when I was young we probably said “ask a busy man”; but that was before we knew better). Well, I’ve recently rediscovered the truth of the saying.

In January I was about to publish a new edition of my book Back to the Black … how to become debt-free and stay that way. I was sure that its reach would be helped greatly by a foreword from someone with credibility in the area of personal finance, particularly a high-profile journalist. My first choice was Simon Read, Personal Finance Editor of The Independent newspaper, because I’ve always liked his values and style. I have therefore quoted his articles (e.g. about payday lenders) often in this blog. But I had no idea about how to approach him.

Luckily, through the kind offices of two friends – one of his, one of mine, who happen to know each other well – an invitation was sent to Simon. And he answered yes …. within half an hour. See what I mean about asking a busy person?

At the risk of labouring the point, I already knew how busy this man is, because I see his output: in the paper, on Twitter, and his video pieces. So I was amazed that when he sent the foreword for my book, he prefaced it by saying: “I’ve made a stab at it. Is this OK, or would you like it in another form?”

So, as I was saying … if you want something done, ask a busy person. Or, as in my case, ask someone else to ask them. There’s something about the ‘six degrees of separation’ theory there too.

For details of my book Back to the Black …how to become debt-free and stay that way (Kindle format):  http://www.amazon.co.uk/dp/B00SGQ4664

For info about Simon Read, The Independent: http://www.independent.co.uk/biography/simon-read