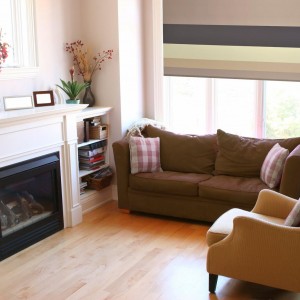 Housing was discussed widely during the recent UK election, though not as widely as the subject merits. I would like to think that some of the discussion was also deep enough to be of value; if it was, I didn’t hear that bit. As ever, sound-bites rule.

Psychologist Abraham Maslow, stating his ‘hierarchy of motivational needs’ wrote that the most basic needs of humans (well, most humans anyway), are as follows. He called them ‘Level One Needs’, without which higher needs are of less interest:

So shelter – secure, decent and affordable – is a very basic human need. It’s is so basic, in fact, that a government of any colour cannot simply leave it to the market to decide. We saw the result of ‘leaving it to the market’, particularly in the US, with the subprime mortgage disasters that contributed so massively to the recent global financial crash.

I wanted to say that this piece is not written from a political viewpoint; but on this crucial subject everything is political. What I did want to do, though, was to canvass the views of a few credible people who are experts in the subject … but are not politicians.

First I interviewed (well, to be honest, I subcontracted – sorry, outsourced – the interview) Campbell Robb, CEO of the charity Shelter. (There’s that word shelter again).

“What would you do if you were Prime Minister for a day?”

Here is his agenda for Day One as PM:

“My morning would be a series of meetings with key members of the cabinet to re-focus their current efforts more in line with my thinking as Prime Minister.

“Lunch would be a round table with all the organisations who object to and support the building of more homes – conservation and countryside organisations, builders, architects, community groups and they wouldn’t get fed until we agree a way forward for using more of Britain for building, decently designed, affordable homes for young people and families across the country.

“My afternoon would be as follows:

(Note: you might guess that Mr Robb is Scottish)

“I have always loved ‘Have I got News for You’, right now it’s ‘Borgen’. Before that it’s probably ‘The Sopranos’ and ‘The West Wing’ in a tie, with ‘The Wire’ pushing them hard.”

What is your most treasured possession (object)?

“I have some pieces of clothing that my daughters wore when they were tiny. They are very special to me and remind me of how quickly time passes. I also have some of my granddad’s garden tools that I still use on my allotment which are very sentimental. Whatever bottle of malt whisky I have at times of stress is also quite treasured. It’s a Glenlivet at the moment.”

My conclusion: anyone who is a credible and charismatic leader of a charity that does good work on such a basic human need – but also likes some of my very favourite TV shows and Glenlivet whisky – gets my vote. Mr Robb, as far as I am concerned you can be PM for more than a day.

(For the record, Campbell Robb was interviewed by the magazine 24housing.)

I was also interested to hear the views of Kevin McCloud, host of the popular Channel 4 property show Grand Designs, which was watched at peak by 5.6 million viewers, apparently more than any other show on any other channel at the time.  OK, Grand Designs is at the aspirational end of the property market; but I like his style and I wanted to hear what he had to say on the housing market as a whole. I reckon he is a man who knows property.

OK, I didn’t interview him personally either. That was done by Rob Goodman, staff writer at Moneywise. So I outsourced this one too: that’s acceptable nowadays, isn’t it?

Rob Goodman: “What can be done to help young people get on the property ladder?”

Kevin McCloud: “First of all, we should create a healthy renting culture with lots of different renting models. We should not get too hung up on the ownership. Secondly, we need to be more creative in how people own or part-own. Because, frankly, when you take out a mortgage, you only part-own your house anyway. I think we need to take the heat out the market and consider fiscal ways to do that.

“If we don’t get people on to the housing market at the bottom, we have a dysfunctional market – it’s that simple; it’s broken.”

The question was about helping young people get onto the property ladder, in a situation when many live at home far longer than used to be the case because they can’t even get a rented flat in high-property-value areas. Given the style of the TV show Kevin McCloud is known for, I was interested to see what he said about ‘not getting too hung up on the ownership’.

A healthy renting culture, as McCloud calls it, is not what we have nowadays. Whether rent controls would work, is questionable; what is for sure is that the market is not even slightly regulated. There have been enough TV shows about ‘generation rent’ and the squalid conditions in which some renters have to live. If they don’t like it, we have the new phenomenon (well, I’d never heard of it until recently, of ‘revenge evictions’, where a landlord, on the slightest complaint about a defect, evicts the tenants.

You might well think that this kind of thing should not happen in a civilised country. You’d be wrong. So a couple of months ago, an MP brought a motion to the Commons to outlaw this kind of revenge eviction. The motion was defeated. Why was that? It turns out that a significant proportion of MPs are themselves landlords (and I won’t publish the breakdown by party, to avoid accusations of bias).

Was that the reason the motion failed? To quote a famous phrase that originated, I think, in the British series of House of Cards: “You might very well think that. I couldn’t possibly comment.”