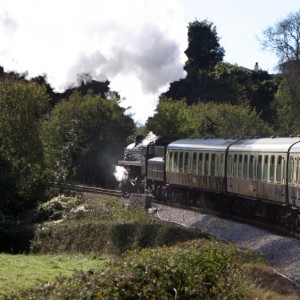 Not so long ago, I decided to give up my car. For many years I’d been an enthusiastic (and careful, of course) driver and had owned several excellent motors, partly through the beneficence of generous employers. I recall with particular affection three Alfas and two Lancias. Now an American acquaintance wrote to me, “I’ve had Italian cars too – beautiful pieces of c**p”; but I will say that all five of those Italian cars were largely trouble-free and – here’s the surprise – totally rust-free. And my then wife had three Alfas in succession at the time, so for quite a while we were a truly ‘Alfista’ family, before age (mine) prompted a graduation – is that the right word? – to Volvos.

Anyway, after these and other more humble motors, the change to a car-free existence was made. I’ll admit that the idea wasn’t mine originally. A girlfriend suggested: “you live in a city (I’d just moved to wonderful Bristol, in the West of England), so why don’t you try living without a car, and do your bit for saving the planet?” Well, saving the planet wasn’t at the top of my agenda, not for as long as several billions in countries I won’t name remain reluctant to ‘get with the program’. I’ve written to complain but they don’t seem to answer. What motivated me was the cost of keeping a car sitting outside my door when not needed, which a friend told me is £50 / week, even before you turn the key; also the parking difficulties in Bristol. The latter problem has largely vanished, as we now have Residents’ Parking Zones; but they only started last month.

So now I’m dependent on public transport: bus, with the aid of my old codgers’ bus-pass, and train. Occasionally I rent a car, using mostly the wonderful and hi-tech system of City Car Club; again one of the benefits of a city is that they have half a dozen cars parked within a ten-minute walk of my flat, so I can always get one on the rare occasions I need one.

So what about the train? I used to go to school on one; but then fifty years of car travel followed. How have things changed since the days when it was a nationalised service? Firstly, let’s admit that progress is being made. Sadly, most of our trains in the UK are older and dirtier than their equivalents in pretty well any other European country; and don’t get me started about the ancient rattle-traps that run our local suburban rail services in Bristol.

The journey from Bristol to London (which according to our Member of Parliament is the most expensive rail service in Europe on a cost per mile basis, and thus probably in the world) is still diesel-hauled. The so-called HST (High Speed Train) units that pull these trains are the fastest diesel locomotives in the world but they were built between 1975 and 1982, so they are overdue for replacement; and indeed, major investments are being made right now in electrification. The work will apparently be finished by 2016.

However, my gripe right now is the ticket pricing system, if ‘system’ is not too complimentary a word. It’s byzantine; and I use the word in the sense defined by the Oxford English Dictionary:

“(1) of a system (or situation) excessively complicated, and typically involving a great deal of administrative detail; or

(2) characterized by deviousness or underhand procedure.”

If you’ve ever bought rail tickets online in this country, you may well agree that is a fantastic definition.

In short: if you’re not really careful, rail travel in the UK can be very costly. For example, between any two points there might be twenty different fares. Some will have time restrictions, of course, others route restrictions. Still others specify which train company you can use, on those rare routes where you have a choice of train operators between any two points (Privatisation brings competition? Don’t get me started). I myself am a reasonably canny purchaser (in the Scottish meaning, i.e. careful, thrifty) but I struggle sometimes to make sense of it all.

For example, the other day I was planning a trip to Brighton, to visit an old friend who lives near there. Here’s a mini- rant I published at the time to one of my Facebook groups:

Because I use The Train Line, I often see Train Line ads on Facebook. (what’s that about? How do they know I’d be interested?) A couple of days ago I saw a Train Line ad for Bristol to Brighton at the oh-so-attractive price of £167. (Can’t imagine how I resisted that one.) And I thought “that’s ridiculous, I am sure that the last time I went to Brighton by train, I paid about £12 each way; admittedly much less than I’d expected.”

Sure enough, today there was another Train Line ad for the same journey, at £12.50 each way. Don’t get me started (oh, but it seems I have already) about the ludicrous, illogical and complicated ‘system’ of rail ticket pricing we have here in the UK.

If I were inexperienced at doing this stuff (and had more money than sense, as we used to say), or if I were a newly-arrived tourist, I might easily have been ripped off and bought the £167 ticket, thinking it was the only option.  A good example of the phrase ‘rip-off Britain’. Is this also an example of the ‘benefits’ that railway privatisation was supposed to bring?

The well-loved Scottish actor and director Richard Wilson, he of the permanent exasperation and the long-drawn-out complaint “I don’t belieeeeeve it!” when playing Victor Meldrew in the popular BBC sitcom One Foot in the Grave, once produced a documentary about this very subject of rail ticket pricing. While filming, he was often on the very trains of whose expensive tickets he was complaining; and more than once he was asked, forcefully, to stop filming. Clearly the train operating companies didn’t like what he was saying. I wonder why.